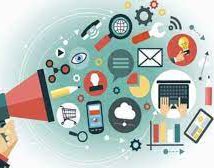 Writes the @WSJ that in more and more sectors the strategy of selling a product with limited availability for a short period of time is spreading.  With this model, products come out – or are dropped, hence the definition "drop culture" – suddenly and in a limited edition.  The speculative possibilities have made the fortune of many sneaker collectors and brands, approaching the drop to the sector of NFT digital certificates.  [ Companies Used to Announce Products.  Now They 'drop' them.  – WSJ]

James Jebbia is an Anglo-American entrepreneur and designer who in 1994 founded the Supreme clothing brand, opening its first store in New York. Over the following years, the brand managed to conquer an ever larger audience, thanks also to a commercial strategy inspired by a fashion in vogue in Tokyo streetwear stores in the eighties. Every Thursday, at 11 a.m., Supreme offered limited collections of new products, available in a handful of stores in the world's major metropolises, and online.

At the base of this choice there was the concept of scarcity, both of time and resources: customers had to hurry and get in line hours before to be able to win the new garment, which was sold at a high price, precisely because it was rare and available for a short time. Over time, these weekly events took the name of "Supreme Drop", spreading first in the fashion world and then in the general culture a new form of commerce. With this model, products are dropped suddenly, often surprisingly, and limited edition.

Twenty-eight years after the birth of Supreme, the drop model  has become central to fashion, expanding to other sectors and becoming a practice for the digital world. As  the Wall Street Journal wrote, "dozens, if not hundreds, of announced drops occur every day in companies' apps or on TikTok, Instagram and other social networks." The practice is often associated with collaborations between different brands and personalities, as has long been in use in the fashion world, in which special collections of this type are often called "capsules". Most often, they are distributed with a drop.

In some cases, the collaborations see the participation of brands and personalities rather distant from each other, with even bizarre results. In 2020, for example, Crocs – the well-known manufacturer of rubber sandals – made a pair of special slippers with the participation of the fast food chain KFC. Something similar happened with McDonald's, which launched a line of t-shirts made in collaboration with singer and rapper Kid Cudi.

Similar combinations ensure wider media coverage and trigger discussions on social networks, where new drops are announced, commented on, and can become memes. The Crocs-KFC case is the emblem of this approach, especially given the divisive nature of the footwear brand, which in recent years has become "an unlikely success story in fashion" – as the  specialized site Highsnobiety has defined it – also thanks to endorsements by celebrities and collaborations with fashion brands such as Balenciaga or singers such as Post Malone and Justin Bieber.

Another factor that has characterized the success of the so-called "drop culture" is e-commerce and its relationship with social networks. The spasmodic wait for Supreme's new products, in fact, not only resulted in longer lines in front of the selected stores, but mainly involved the digital market, with thousands of users waiting for the possibility of buying them from the company's website.

Over the Ten years, the drop has become the best tool for creating and managing the so-called hype, that is, the anxious wait for some kind of product, film or record of imminent release. Because it manages to hold together virality, scarcity and what is called "FOMO" (Fear of missing out). The mechanism has been able to satisfy above all the tastes and dynamics dear to sneakerheads, fans of sneakers and sneakers, already accustomed to spending considerable amounts on vintage, rare or collectible models.

To better manage corporate drops, in 2015 Nike created a special app, called SNKRS, with which users could follow in real time the new surprise launches (drop) . One of the founders of the service, Dennis Todisco, was hired in 2020 by Instagram as head of partnerships with companies in the streetwear sector. A year later, the social network launched Instagram Drop, a feature of the social network designed precisely to follow the drops of companies and influencers.

These sudden distributions have turned into "major events that include countdowns, limited editions of personalized goods, influencer-to-brand collaborations, and a continuous cycle of new releases that can be addictive," according to the Wall Street Journal. Instead of the traditional seasonal samples that for decades have characterized the clothing sector, "capsules" composed of a few products have spread, but they come out several times a year, filling the calendar with events that seem unique and unmissable.

The commercial success of this practice has ended up spreading the use of the word drop in other environments, such as music, especially hip hop, always close to the logic of fashion. Thanks also to the spread of streaming platforms, in fact, new record releases are uploaded online at the same time (usually midnight between Thursday and Friday): in short, they are "dropped", to use a term increasingly used in Italy.

Something similar is also happening in the food sector, where more and more restaurant chains and manufacturing companies are experimenting with this marketing strategy. In addition to the driving effect of fashion, the shortage of staff in the sector and the inconvenience caused by the supply chain, due to the pandemic and the war in Ukraine, are also affected. According to marketing expert Liz Aviles, these factors have forced many restaurants to simplify their menus, focusing on the dishes that have remained: "Now you have to create expectation for a dish not to be missed," she explained to the Thrillist website. In the catering sector, the use of drop also allows you to optimize investments in raw materials, focusing on a certain food product for a short period of time, optimizing costs.

The concept of drop has also been easily adopted by the digital goods market, for example on Twitch, the site specializing in live streaming that has applied it in special live broadcasts where the user can earn rewards, or in the video game Fortnite, which has exploited it in special online events where players can get rewards by having a different gaming experience than usual.

Since one of the main features of the items sold in this format is their scarcity, what is an attraction for many people is the possibility of reselling the goods bought in a drop. Speculative possibilities have made the fortune of many sneaker collectors and brands such as Supreme or Balenciaga, but they have also brought the drop mechanism closer to the NFT sector.

These controversial blockchain-based digital ownership certificates, in fact, are often organized into special "collections" that, just like in fashion, are sold via drop. The incentive to purchase also comes from the hope that the digital asset purchased can increase in value, following the typical trends of the so-called "crypto sector". Before the number of exchanges in NFT platforms plummeted in recent months, Nike had invested directly in the industry, acquiring Rtfkt, a startup specializing in the production of digital clothing.

The false urgency behind the "drop culture" has often been accused of favoring consumerism, pushing people to buy products also in order to participate in a collective experience, in which the simple sale of a garment becomes something personal. According to the feminist consulting agency Sister, this sales method would reward and encourage individualism and materialism, instead of focusing on sustainability and the recirculation of goods.

From 1994 to today the concept of drop has spread and has become a new practice for many sectors, thanks to the success of online sales. One of the most recent examples was the sale by Swatch of MoonSwatch, a watch produced in collaboration with the luxury brand Omega: thousands of people queued for hours in different cities to try to grab one.

The risk, however, according to the Wall Street Journal, is that the drop will replace the normal distribution of goods and services in certain fields, becoming simply a synonym for "new release". The phenomenon would be "already so widespread as to be in danger of overexposure", an eventuality that could affect the attractive force that it still exerts today, especially among the youngest. Andrea Hernandez, founder of the consulting firm Snaxshot, which specializes in youth lifestyle, argues that "the language of the drop is being abused in the same way that people use the term 'organic' inappropriately."

When an alternative and exceptional commercial approach becomes the practice of the mainstream, its ability to generate charm and be fashionable and transgressive is lost. Something similar happened to Supreme, which after years of youth market dominance was acquired in 2020 by the huge fashion company VF Corporation for $2.1 billion. According to some observers, the sale of the brand caused its decline: since then it has lost part of its enamel, despite the drops. On the day the agreement between the two companies was signed, media and e-commerce expert Web Smith wrote on Twitter: "Supreme's ownership chose mass distribution instead of remaining a 'Veblen asset.'" That is, a type of product for which the desire to buy increases as its price increases. 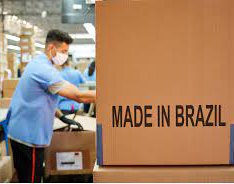 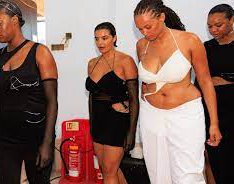 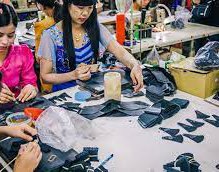