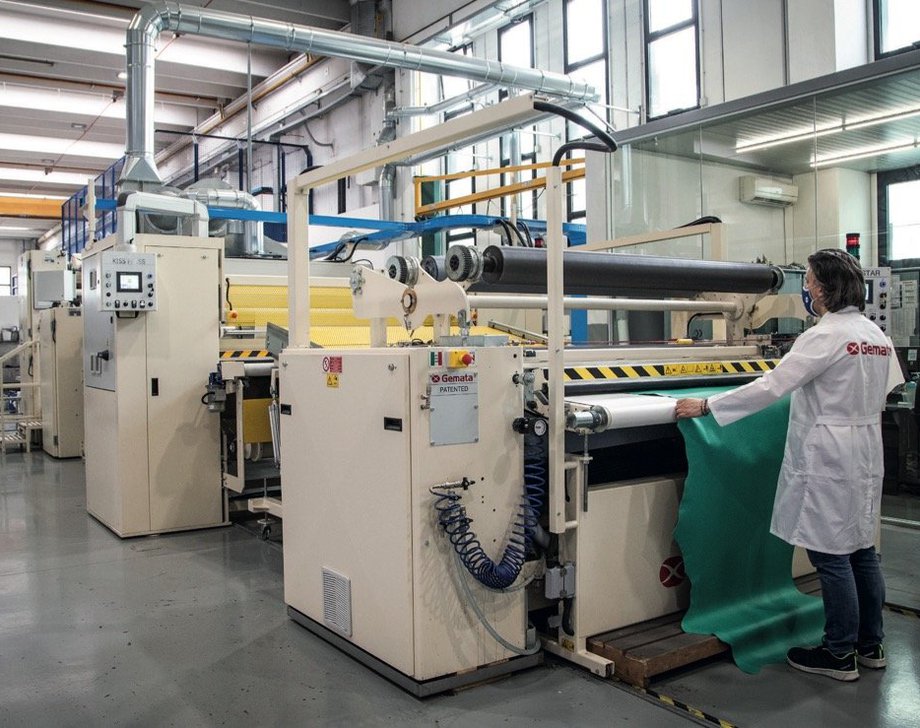 REPORT OF A DAY SPENT WITH THE TEAM OF THE TRISSINO-BASED ENTERPRISE, FOLLOWING THE FINISHING PROCESS OF LEATHERS PROVIDED BY CONCERIA DANI, A TANNERY HEADQUARTERED IN ARZIGNANO [By MpaStyle]

March 22nd, 2022, a whole day spent at the GEMATA plant in Trissino (Vicenza province): Tannery International staff was welcomed by corporate technicians and managers so as to learn all about one of the most prominent companies internationally, a leader in the production of technologies for the finishing of leather, bonded leather, synthetic materials and glass. An interesting, fascinating visit, whose “highlight” revolved around some finishing activities carried out with the support of the firm’s cutting-edge test centre and performed on hides supplied by Conceria DANI, world-leading tannery headquartered in Arzignano (Vicenza province).
As explained in the other articles featured in this report, these two renowned enterprises, both based in the Arzignano district, one of the world’s most prominent, well-structured business clusters, are united by a long-standing collaboration.
During the finishing tests, we were accompanied by Giovanni Posenato, that is, GEMATA’s Area Manager. “Now, we are proceeding with a technique that is usually called “release paper” finishing,” explained Posenato during the simulation. “It is a GREENFINISH system that ordinarily uses leathers featuring a correctedgrain surface. The first operation carried out is the roller coating with GREENSTARS, with a variable quantity of water-based adhesive (in this case, 8 grams on leather): said process will result in uniform products both colour- and grain-wise. While the adhesive is not completely dry, the leather goes through a tunnel to reach the next phase, technically called “lamination calender”: leather-paper lamination is ensured by the chemical (2 gr/ft) previously applied and now fully dry. At this point, the hide bonded with the paper enters another infrared drying tunnel before moving on to the final phase, when the technician physically separates the two materials. Moreover, the plant is equipped with an automatic system designed to remove chemical residues from the release paper, so as to use them scores of times to finish new hides.”
“The model used,” highlighted Posenato, “is a “GREENFISHIN LAB” lab line, chosen by both large-sized tanneries, interested in making samples, and by chemical laboratories. The same plant featuring longer tunnels, “GREENFINISH SHORT”, is the perfect solution for tanneries that do not have enough space. Last year, we sold ten models in Italy. Said technology is in highly demanded by footwear and leatherware factories because it requires smaller spaces, while carrying out the functions of the standard line, as well as because it allows to easily finish small production batches too. Noteworthy the fact that this type of finishing technique does not result neither in waste materials nor in second-rate hides. On the other hand, the version installed at the tannery Conceria DANI is one of the longest ever, as it provided with two coating heads and longer drying tunnels in order to improve production rate.”
GEMATA has always paid close attention to environmental. On the same day, we addressed this topic with Ida De Maria, Communication and Marketing Manager, who helped arrange the visit to the corporate facility. Her task lies in “portraying” not only a mechanical company, but also a top-notch example of the local entrepreneurship, acknowledged as a benchmark sustainability-wise.
“Our firm has always put environmental safeguard in the limelight,” stated De Maria. “Our machines are inherently eco-friendly, equipped with rollers to apply chemicals to leather. In this way, unlike what happens with sprays, emissions in the atmosphere are cut down and, at the same time, there is a marked reduction in the amount of chemicals, energy and water used. We implemented this green project when sustainability was not yet a priority and when the regulations were far less strict compared to now. A corporate mission promoted via advertising activities as well: we are very lucky, because our chairman, engineer Gianni Maitan, is a wildlife photography enthusiast, awarded several times in domestic and international photo contests. Since 1992, we have used pictures of animals taken in their natural habitat for our communication projects, including ADV campaigns. A clear message to underline how our machines are really conceived to contribute to sustainability.”
Said choice, made back in the past, has definitely paid off, both domestically and internationally. Our nature-centred advertising is praised all over the world,” stated the Communication and Marketing Manager. “It is featured on the most prominent sector newspapers via press releases, pictures and videos, and we take part in the most important trade shows.” 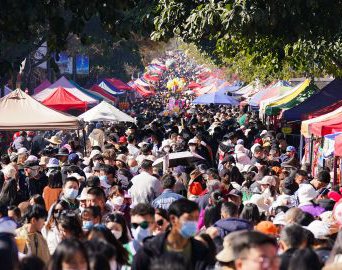 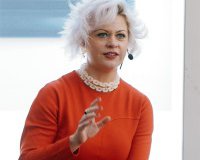